Tis The Season sees JORDAN take on 12 Christmas classics with his own stunning style, spirit, and soul.  These include standards such as  "Have Yourself a Merry Little Christmas," "Silent Night," and "O Holy Night"  featuring the Grammy and Emmy Award winning The Mormon Tabernacle Choir. Among the albums' many highlights, "You're A Mean One, Mr. Grinch," is a modern take on the timeless classic, and is Jordan's personal favorite. It's the perfect soundtrack to the 2016 holiday season.​

In 2015, Smith gained national recognition when he won season nine of the singing competition The Voice. During his time on The Voice he was the show's first artist of the season to reach No. 1 on the iTunes Store pop songs list, and set new sales marks on Billboard charts. Three of his performance recordings each bumped Adele's platinum-selling "Hello" from the top spot on the iTunes list.

This fall, he joins Amy Grant and Michael W. Smith for their annual Holiday tour. It kicks off November 11 at The Dolby Theatre in Los Angeles, CA, and plays through December 18 in major markets across the country. 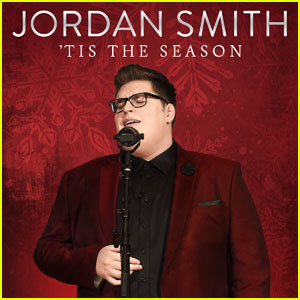