Power was conceived nearly two years ago with We Are Messengers front man Darren Mulligan and guitarist Kyle Williams self-producing and co-writing the majority of the album's 12 tracks. Crafting the project entirely on the road, Mulligan shares, "It was a really unconventional way of writing a record, but what's super cool is that these songs were written and tracked as we felt things deeply; and they are still so fresh to us. Everything about the process felt organic and unforced. We've written the most honest songs we can for human beings, telling stories about our messy lives and about how God meets us in our humanity."

Power's dozen tracks are as diverse as the band's fanbase. From the Gospel-charged title track and reggae-inflected "Love" to the Irish lilt of "Home" and the message of self-acceptance found on raw Top 5 single "Maybe It's Ok," the album uses a spectrum of sonic textures woven together lyrically by the one thread that sets We Are Messengers apart from other bands: their uncanny ability to speak the truth in love.

Following appearances at the annual March for Life in Washington D.C. and Rock the Universe at Universal Orlando Resort, We Are Messengers kicked off the HITS DEEP TOUR 2020 last night (1/30) in Beaumont, Texas, alongside TobyMac, Tauren Wells, Jordan Feliz, Ryan Stevenson, Aaron Cole and Cochren & Co. The tour will visit 32 cities this spring. A full list of dates and cities are below

For more info and all tour dates, visit www.wearemessengersmusic.com. 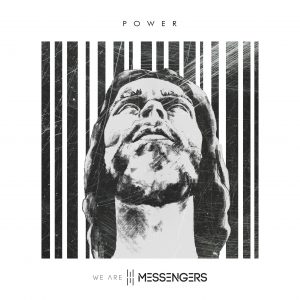 *All dates and cities subject to change.

About We Are Messengers:

Since their Curb | Word Entertainment debut in 2016, We Are Messengers-Darren Mulligan (lead vocals), Kyle Williams (guitar) and Drew Kerxton (drums)-has garnered over 100 million on-demand streams, surpassed 1 billion radio impressions, and boasts six Top 10 Billboard Christian Airplay hits with "Power," "Maybe It's Ok," "Magnify," "Point To You," "Everything Comes Alive," and "From Heaven To Earth (Joy To The World)"-including three Top 5 hits. The band's sophomore album, Power, released January 31, 2020, features the Top 5 title track and the award-winning self-acceptance anthem "Maybe It's Ok"-which has been hailed as "air to a drowning man" by Rawckus Magazine, and "potent, effective and liberating" by Arianna Huffington's Thrive Global. In 2019 alone, We Are Messengers played for more than half a million people across 40 states and five countries, including selling out shows in the Netherlands, England, and Darren's native Ireland. In addition, a composition by guitarist Kyle Williams won its episode of NBC's Songland (July 2019) and was subsequently recorded and released by global chart-topper Aloe Blacc. The song also earned placement in the feature film, Fast & Furious Presents: Hobbs & Shaw, starring Dwayne Johnson. The Dove-nominated and K-LOVE Fan Award-winning group will join TobyMac's Hits Deep Tour in 2020. For additional information on We Are Messengers, visit www.wearemessengersmusic.com.