The Jolly String Quartet Lives Out the Beauty of Adoption

Davy Flowers Opens Up About Her New Album, Working with Shane Barnard and Bryan Fowler, and More

Formed in 2007 as a mainstream pop band, today Stars Go Dim is the moniker for Christian pop artist and songwriter Chris Cleveland. Stars Go Dim is set to release his third album Grace In The Wilderness on Curb Records. Here are seven things to know about this record.

2. Grace In The Wilderness leads listeners on a pilgrimage toward hope that expands on the infectious pop sound that's defined Chris Cleveland's catalog since the impassioned singer debuted his first self-titled album under the Stars Go Dim moniker. Coupling meaningful lyrics with a voice that knows no bounds, Cleveland pulls out all the stops on the intrepid collection as his immaculate voice effortlessly glides across 13 tracks - all co-written by the ace songwriter.

3. Produced by Jeff Sojka, Jeff Pardo and Anton Göransson, the new LP features the explosive "This Is Love," the worshipful "Prepare The Way" and the affirming "Yes He Does."

4. This month, the award-winning artist is headlining select dates on "The Yes He Does Tour" with special guest Renee. Later this year, he'll bring an intimate, stripped-down version of his engaging live show to fans in private backyards across the country.

5. Stars Go Dim has just released his new single off the new album. Take a listen to "This is Love:" 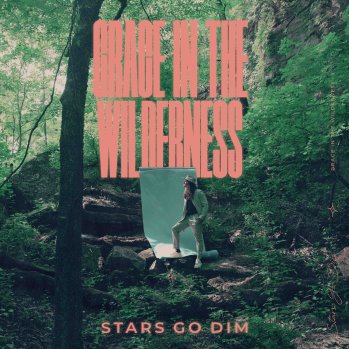