Kevin Bond on His New Christmas Record: "This Album Signifies How We Should Love All Year Long"

Amy Grant Performs for the First Time Since Bicycle Accident

TAYA and Micah Tyler to Join MercyMe on Tour in 2023

Doug Williams Teams Up with Gerald Albright for "An Unusual Child"

Check Out Jordan St. Cyr's "The Wait is Over" Video

Citizen Way Returns with the Celebratory "That Thank You Song!"

Gospel music icon Marvin Sapp will be releasing his 15th album, Substance. Here are 7 things to know about the new album:

1. The album will be released on June 10. However, the record is now available for pre-order.

2. Substance is a special album for the 13-time Grammy nominee and multi-decorated Gospel icon. It is the first to be released on his own label Elev8 Media & Entertainment, which is distributed through Thirty Tigers. The album is also the first to be recorded in Sapp's newly built Fort Worth, Texas studio.

3. This album is called Substance because it delivers applicable principles while giving listeners music that is enjoyable and uplifting," says Sapp. "After everything that we have gone through over the past two years, I wanted to deliver an album with biblically-based lyrical content that is both fortifying and entertaining."

4. The lead single, "All In Your Hands," is quickly gaining traction at radio. Written and produced by frequent collaborators Stan Jones and Aaron Lindsey, it is a luminous reminder to relinquish worry, anxiety, fear and doubt to the ever-knowing God who has an answer before the question is even asked.

5. "You Kept Me" was co-written by Jarmone Davis, who penned Sapp's last #1 single "Thank You For It All." The song expresses gratitude to God for keeping us whole particularly during the pandemic of the last two years. Sapp says: "When we look at the catastrophic numbers of people who did not come out on the side of this, we have to thank God and acknowledge that the reason we did is because God kept us."

1. Your Way is Better

5. All in Your Hands

10. Medley: Not the Time Not the Place/Wait on Jesus 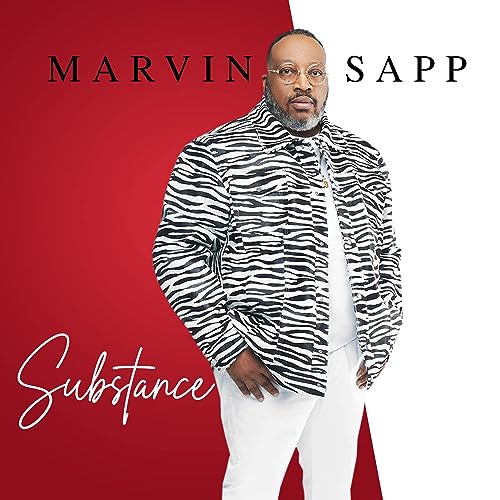